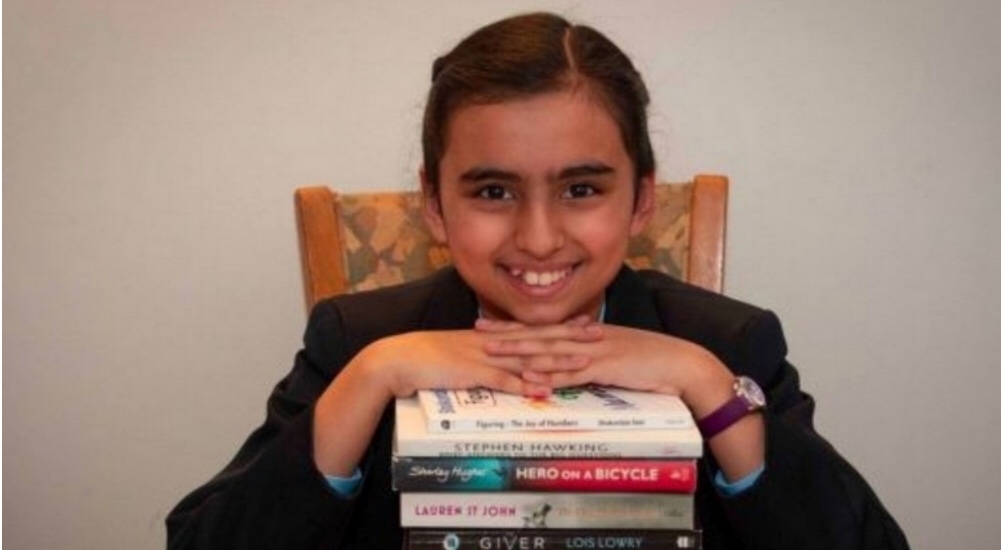 Following her success, Freya has been offered a scholarship to top private school.

A 10-year-old girl from Birmingham scored an unbelievable 162 in Mensa IQ test and now is believed to have the same IQ as Albert Einstein and Stephen Hawking.

Freya Mangotra took Cattell III B test which examines verbal reasoning when she turned 10 and a half – the youngest age for Mensa. Freya’s score is the highest possible score for a child which means she is officially recognised as a ‘genius’, reported Mirror.co.uk.

Following her success in the Mensa, Freya has been offered a scholarship to top private school, King Edward VI High School for Girls’ in Edgbaston, Birmingham.

The genius girl’s father, Dr Kuldeep Kumar, told Birmingham Live, “They said it’s the highest you can get under the age of 18. I don’t want to put too much pressure on her but we knew from an early age, two or three, that she was gifted.”

The family, who live in Moseley, Birmingham, said Freya enjoys reading, writing and Taekwondo. “She grasps things very fast. She can concentrate very quickly and remember things – she only needs to read or do something once to remember. We are blessed,” said father.

Dr Kumar, a psychiatrist, added, “We have to put a limit on her and say at 10pm she has to stop reading. But she doesn’t need lots of sleep, she’s up easily at 6:30am for school.” Freya likes drama, chess and swimming.

“She wants to write, she likes stories but she also wanted to become a film director. She’s in the drama club at school and she directs plays at home. She’s still very young though,” added her father.

The bright girl is head girl at her primary school and is an only child to Dr Kumar and mother Dr Gulshan Tajuriahe who is currently studying for a PhD in child development.