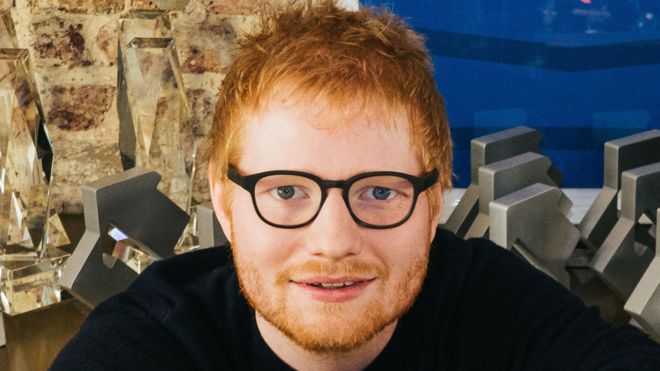 Ed Sheeran has announced he is to take a break from work and social media “until it’s time to come back”.

The chart-topping singer said he would “take a breather to travel, write and read” and would return with new music “when the time is right”.

Sheeran said things had been “a bit non stop since 2007” and that it was “time to go out and see more of the world”.

He promised to come back when he had “lived a little more to actually have something to write about”.

The profile picture on his Instagram page has been changed to a black-and-white image of BRB – for “be right back”.

Sheeran’s statement followed another year of success that culminated with him being named UK artist of the decade by the Official Charts Company.

Last week he released a video for his Ella Mai collaboration Put It All On Me, in which he is seen dancing in a kitchen with his wife Cherry Seaborn.

“We are very conscious of too much Ed Sheeran,” Stuart Camp told BBC Music Introducing’s Does My Music Suck? podcast.

Sheeran, who turns 29 in February, previously took a hiatus from social media in 2015, saying he was “seeing the world through a screen and not my eyes”.

He returned the following year, having used his break “to travel the world and see everything I missed”.

It is not clear if Sheeran’s online moratorium extends to the wibbles – an Instagram account set up last year to chronicle the exploits of his pet cats Calippo and Dorito.

The singer’s announcement came shortly after his setting up of a charitable music foundation to help young musicians in his home county of Suffolk.