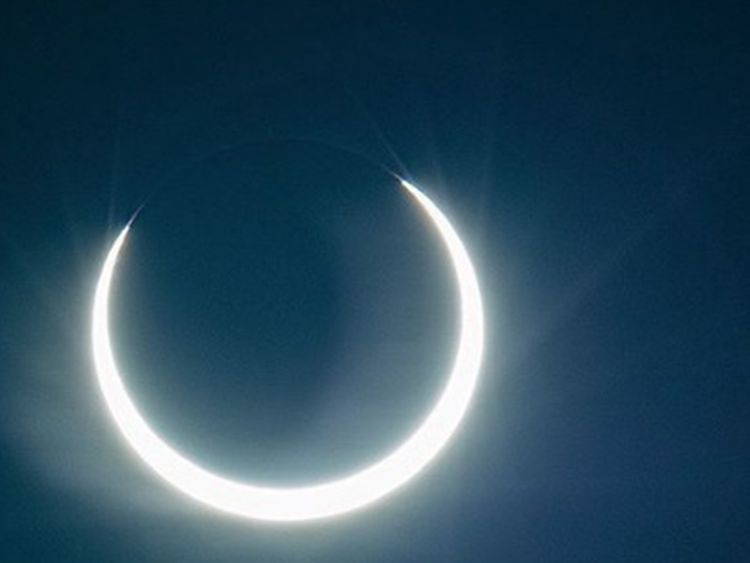 Did you see the solar eclipse? Sheikh Hamdan captured it on video

Across Asia, people gathered to witness an annular solar eclipse, which is also known as a “ring of fire”. UAE residents were excited as the rare occurrence was visible from the UAE for the first time since 1847.

Using his official Instagram handle @faz3, the Crown Prince shared a 22-second clip that showed the moon and the sun rising together. Eventually, the moon covered the centre of the Sun, leaving a thin ring of light around it, giving the illusion of a ring.

Shaikh Hamdan also shared a picture post the event, which showed the moon covering the sun at different angles. He captioned the picture post: “Rare Annular solar eclipse was seen today in #UAE Last occurred 172 years ago in the #UAE and the next one will happen in 83 years!!”

Instagram user @sonnmanna posted: “Thanks a zillion for this video, I could not see it live but you made it possible through your kindness…”

Did you manage to see the solar eclipse?