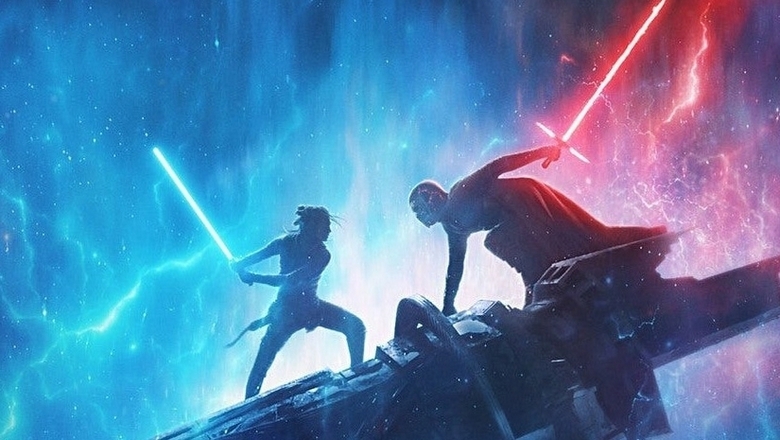 Going to watch a movie that is the last in a trilogy means toting around a huge mixed bag of feelings.

There is excitement, of course, especially since the movie is part of a beloved franchise that has been around since the 1970s. But there is also no small amount of trepidation that stems from wanting a director to do justice to the characters, while wrapping everything up in a neat concluding package. So, does Star Wars: The Rise of Skywalkerdeliver?

J.J. Abrams tackles the subject matter with a determination and reverence that shows. At times, that feels like his greatest strength, but there at times when it just falls flat. There is plenty of action – high-speed canyon chases, tense lightsaber duels, space battles – that will appeal to the casual movie-goer, and there is just as much for longtime eagle-eyed fans. Certain cameos will have you cheering loudly in your seats. Abrams’ enthusiasm has clearly translated to all the actors and you can tell that they are giving it their all. Daisy Ridley gives her best as a determined and much more mature Rey, while Adam Driver steals every scene that he is in with his powerful energy. John Boyega and Oscar Isaac are both given a chance to shine, and, together with Ridley, their trio has some of the best moments in the film.

However, the real magic happens every time you get Carrie Fisher’s General Leia and Billy Dee Williams’ Lando Calrissian on screen. Watching Williams back in the pilot seat in the Millennium Falcon feels a lot like coming home. And while it is not easy to say goodbye, fans will also be happy with the send-off that Abrams has reserved for our beloved space princess. Several other characters feel like they have been put on the back-burner, and Kelly Marie Tran’s Rose Tico and Lupita Nyong’o’s Maz Kanata are prime examples of this.

Where the movie really begins to suffer is in the second half, when new characters are suddenly introduced and the action continues at a pace that makes you want to ask Abrams to slow down so that you can take in more of the stunning environments.

Visually, the movie is a treat and the insistence on practical effects helps to minimise any jarring moments of overdone CGI. Another victory comes in the form of John Williams’ masterful score for the movie; fans will be able to pick up on several familiar themes from the original trilogy that hammer in the fact that you are watching a story in a galaxy far, far away.

However, many fans will be able to pick up on the fact that the movie suffers from a weak storyline that results in moments where you are left scratching your head and wondering at the blatant fan service. Much of this might stem from Abrams wanting to ‘correct’ the perceived slights in Rian Johnson’s The Last Jedi. While several fans appreciated Johnson’s bold direction, some ended up saying that Abrams is playing it safe.

To sum up, is The Rise of Skywalker a perfect movie? No, not by a long shot, but it certainly delivers where it counts.