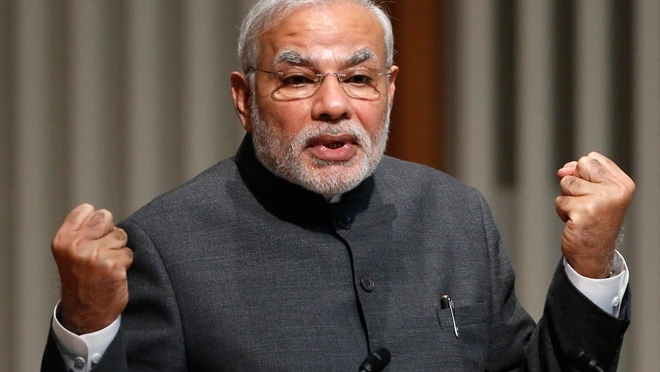 He said the new law is aimed at giving citizenship, not at snatching it away.

Former Madhya Pradesh chief minister and BJP national vice-president Shivraj Singh Chouhan questioned Rajasthan chief minister Ashok Gehlot over his participation in a peace march against the Citizenship Amendment Act, and said that Prime Minister Modi is like a “God” for migrants.

“The Congress-ruled states are trying to create anarchy in the country. The peace march taken out by the Congress government in Rajasthan also aimed at the same, however, the public did not fall into its trap,” Chouhan said at a press conference on Monday.

“Modi is like a God for the immigrants who faced religious persecution in Pakistan, Afghanistan and Bangladesh. However, the opposition seems the least concerned with their pain”, Chouhan added.

“Under the CAA, citizenship is given to the persecuted minorities from neighbouring nations. The opposition is spreading lies. The NRC was implemented on the directions of the Supreme Court in Assam. Till date, no Act has been passed for the NRC nor any Bill has been introduced in Parliament. There will be discussions before implementing the NRC,” Chouhan said.

He said the BJP will start a campaign to counter the lies being spread by the opposition and will reach out to the people in the cities, towns and villages, Chouhan added.

Taking a dig at Gehlot, Chouhan said that Rajasthan is the only state where the chief minister suspends Internet services, stops metros and buses and downs the shutters of the shops for his ‘peace march’.

Before addressing the press conference, Chouhan spoke to a gathering of intellectuals here and busted myths about the Citizenship Amendment Act.

He said the new law is aimed at giving citizenship, not at snatching it away.

“The opposition is playing appeasement politics on this as they are incapable of competing with Prime Minister Narendra Modi and therefore are creating confusion in the country,” he said.

He also took a dig at Congress leader Rahul Gandhi, saying that he doesn’t stay much in India and prefers to be on foreign trips while Sonia Gandhi prefers to be mum in Parliament during debates and releases a video later to describe the situation.