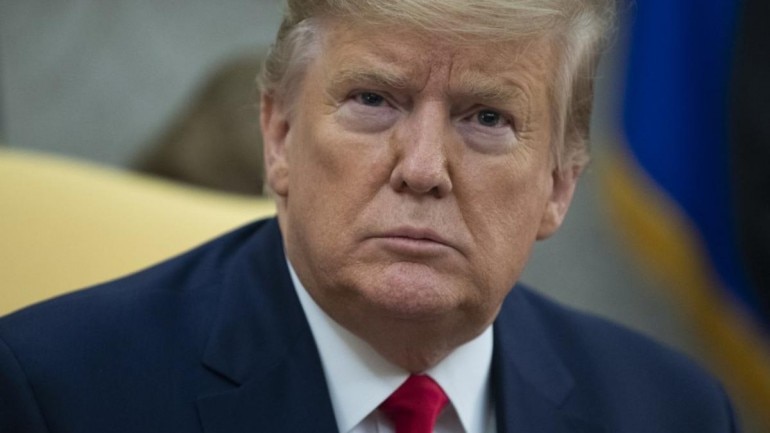 Lawmakers opened debate on Wednesday and were poised to approve two impeachment charges against Trump, the Republican president later in the day, according to US media outlets

Donald Trump, set to become the third US president to be impeached, has attacked House Speaker Nancy Pelosi and accused the Democrats of an “unprecedented and unconstitutional” abuse of power as he described himself as a victim of an “illegal, partisan attempted coup.”

Lawmakers opened debate on Wednesday and were poised to approve two impeachment charges against Trump, the Republican president later in the day, according to US media outlets.

Ahead of a lengthy debate in the House and the vote on the articles of impeachment against the 45th US president, Trump wrote to Pelosi that the Democrats would regret their efforts when voters cast ballots next year.

The first is abuse of power. It accuses Trump of trying to pressure Ukraine to smear Joe Biden, his likely Democratic political rival in the 2020 General Elections. The second charge is obstructing Congress. Trump is accused of failing to co-operate with the House impeachment investigation.

Trump, 73, is scheduled to face a trial in the Senate next month, but the lower chamber is controlled by the Republicans. Thus, Trump is sure that the Democrats will not have the support from two-thirds of senators to vote that he should be removed from office.

In a series of tweets on Wednesday, Trump said, “They just wanted to get at the President. They had no intention of having a proper investigation. They couldn’t find any crimes so they did a vague abuse of power and abuse of Congress, which every administration from the beginning has done.”

He also asserted that he did nothing wrong and the radical left wanted to impeach him.

He said, “This should never happen to another President again. Say a prayer!”

“My hope is that impeachment will never become this trivial again,” he added.

Earlier on Tuesday, Trump in a scathing six-page letter to Speaker Pelosi sought to halt impeachment proceedings against him.

“This impeachment represents an unprecedented and unconstitutional abuse of power by Democrat lawmakers, unequaled in nearly two and a half centuries of the American legislative history,” Trump said in the letter.

Asserting that the Articles of Impeachment introduced by the House Judiciary Committee are not recognisable under any standard of constitutional theory, interpretation or jurisprudence, Trump said they include no crimes, no misdemeanours and no offenses whatsoever.

“You have cheapened the importance of the very ugly word, impeachment,” said Trump, who is the third American president to be impeached.

“By proceeding with your invalid impeachment, you are violating your oaths of office, you are breaking your allegiance to the Constitution and you are declaring an open war on American democracy,” he said.

Trump said he had been deprived of basic constitutional due process from the beginning of this “impeachment scam” right up until the present.

“I have been denied the most fundamental rights afforded by the constitution, including the right to present evidence…”

Trump said Pelosi and her people on committees have long said impeachment must be bipartisan but it is not.

“You said it was very divisive it certainly is, even far more than you ever thought possible and it will only get worse,” he said.

“This is nothing more than an illegal, partisan attempted coup that will, based on recent sentiment, badly fail at the voting booth. You are not just after me, as president, you are after the entire Republican Party,” he said.

“But because of this colossal injustice, our party is more united than it has ever been before. History will judge you harshly as you proceed with this impeachment charade,” Trump warned.

Responding to Trump’s letter, Pelosi said she had been working and only saw the “essence” of the president’s letter.

Trump, in his letter attacked the 79-year-old top Democrat, saying, “You apparently have so little respect for the American people that you expect them to believe that you are approaching this impeachment somberly, reservedly, and reluctantly,” he said.

Trump said since the moment he won the elections, the Democrat Party has been possessed by “impeachment fever”.

“There is no reticence. This is not a somber affair. You are making a mockery of impeachment and you are scarcely concealing your hatred of me, of the Republican Party and tens of millions of patriotic Americans,” he said. “The voters are wise, and they are seeing straight through this empty, hollow, and dangerous game you are playing,” he said.

“I have no doubt the American people will hold you and the Democrats fully responsible in the upcoming 2020 elections. They will not soon forgive your perversion of justice and abuse of power,” he said.

“It is time for you and the highly partisan Democrats in the Congress to immediately cease this impeachment fantasy and get back to work for the American people,” he said.

“While I have no expectation that you will do so, I write this letter to you for the purpose of history and to put my thoughts on a permanent and indelible record,” Trump said.

Two US presidents have been impeached – Andrew Johnson in 1868 and Bill Clinton in 1998 – but in both cases the Senate did not vote to oust them from office.

Richard Nixon resigned in August 1974 when it became clear he would be impeached and ousted by Congress in the wake of the Watergate scandal.