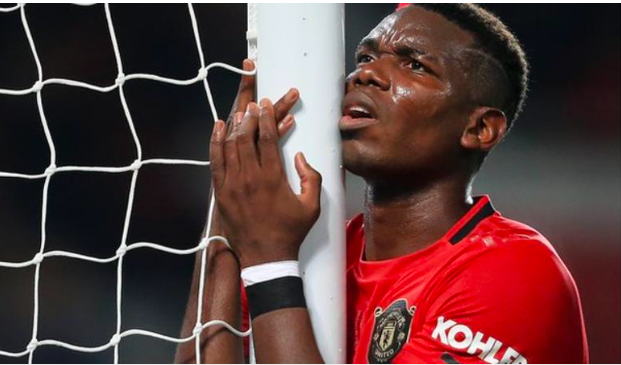 Paul Pogba’s Manchester United comeback is set to be delayed after he missed two days’ training because of illness.

The France midfielder was expected to return to training this week after recovering from the ankle injury that has kept him out since September.

Pogba attended his brother’s wedding in France on Friday, but needed a check-up with United’s doctor on Saturday. His symptoms worsened on Sunday.

“He’s been off two days, which is not beneficial. It’s probably set him back quite a bit.”

Pogba has played only six times this season, having required surgery to correct his ankle problem.

Solskjaer, whose side have a Carabao Cup quarter-final at home to League Two side Colchester on Wednesday, rejected the idea his side had learned to cope without Pogba.

He said they missed him as they drew 1-1 at home to Everton in the Premier League on Sunday.

“It’s games like the Everton one, for example, when you are lacking that one creative pass or idea,” said Solskjaer. “He has the quality not many midfielders in the world have, so it would be great to get him back.”

Solskjaer intends to make changes to his starting line-up for Colchester’s first visit to Old Trafford.

That is likely to mean another start for 18-year-old striker Mason Greenwood, who scored his seventh goal of the season against Everton.

With two goals in the 4-0 Europa League win over AZ Alkmaar last Thursday, Greenwood is turning into one of United’s most potent attacking weapons. And Solskjaer says it is becoming tricky trying to leave the Yorkshireman out of his first-choice side.

“It’s very difficult now to put a team out there without having Mason in my mind, yes,” said Solskjaer, himself a prolific forward for the club between 1996 and 2007.

“I remember when I came to the club and scored a few goals, I felt I could perform better, The manager used to say it was hard to keep players who score out of the team. It is the same with Mason.”